Shares in cruise line stocks are off by more than 8% today after more than 80,000 new COVID-19 cases on Friday marked a daily record in the U.S. and new restriction measures were being reimplemented as cases also surge in parts of Europe.

Cruise operators have been planning to restart operations out of the U.S. after the Centers of Disease Control and Prevention (CDC) extended its no-sail order through Oct. 31, 2020. But as that deadline approaches, a surge in U.S. COVID-19 cases has the seven-day average of new cases at record highs, which may affect recovery plans of travel industries such as airlines and cruise operators. 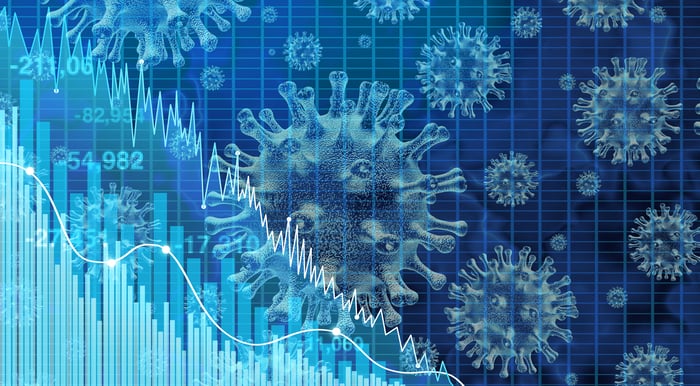 The cruise operators aren’t just counting on the U.S., either. Europe is seeing a second wave of coronavirus cases, and governments are imposing new restrictions that might also have impact.

The Spanish government has announced a state of emergency for the first time since the initial wave of the pandemic in March, allowing authorities there to impose stricter policies. New restrictions in several parts of the Continent include curfews and local travel bans. Italy, for example, is shutting down gyms, pools, and movie theaters and has announced that all bars and restaurants must close at 6 p.m. beginning today through Nov. 24.

The timing couldn’t be worse for the cruise lines. Carnival just restarted its AIDA cruise line in Italy on Oct. 17 for its first sailing in seven months. The company has seven-day trips planned to five popular Italian destinations on AIDA through mid-December. Carnival has not yet stated what, if any, changes may need to occur based on the new recent restrictions.

Royal Caribbean had previously said it was extending its suspension of sailings through November, excluding excursions out of Hong Kong. Norwegian also already extended its suspension on its voyages until at least December.

But with experts such as Dr. Scott Gottlieb, the former commissioner of the U.S. Food and Drug Administration, warning today on CNBC that he thinks “we are right now at the cusp of what is going to be exponential spread in parts of the country,” investors aren’t waiting for new statements from the cruise companies to think that current plans will have to change again, putting the already badly damaged industry in more of a hole.