Travel writing. It’s all about traveling, right? COVID-19 has closed borders and restricted access, forcing the industry to concentrate on memoirs of previous trips, country-by-country updates, or speculation on what travel may look like “post-pandemic.” And when travel “shines again?” It’ll be back to the races: exotic countries, fascinating cultures, unique landscapes, ancient history, startling architecture, intriguing languages, and local cuisines. Travel is about education. It is about honesty. It is — not to be too trite — all about expanding horizons. In the immortal words of Mark Twain, “Travel is fatal to prejudice, bigotry, and narrow-mindedness.” Right?

Not so much. At least, not anymore. 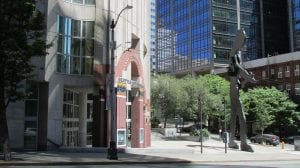 Throughout 2019 and up to May of this year, over 60 percent (and often 90 percent) of the “calls for submission” on travel sites like Matador either solicited “writers of color” or writers from the “LGBT Community,” or sought contributors for LGBT/BIPOC travel guides. In May, Matador stopped soliciting submissions altogether due to COVID lockdowns, but their editorial preferences are, or were, clear. Such policies are shamelessly exclusive. Since when was “straight or white men and women need not apply” okay?

It gets worse. A new “formula” is being advanced by “Indie” travel seminars, workshops, “travel universities,” and blogs targeting Millennials, X, Y, Z, and Alpha Generations. Start out with an outrageous lead from an “exotic” location, segue to a personal “confession” (the more cringe-worthy the better), buttress the self-flagellation with hostile rebukes of any one who fails to sufficiently support your particular affliction, and close with a shallow loop acknowledging the outrageous lead.

Case in point: the online Australia-based Global Hobo “travel hub.” In one “travel article” (Amsterdam), wiped-out on “space cakes,” two travelers, too stoned to play cards, go outside. They get spotted by a local predator who cons them into dancing à la Zorba the Greek, and proceeds to pickpocket one of the stoners. Another (Japan), involves “woke” conversations with a “straight dude,” in which a female traveler responds to a polite greeting by claiming to be “gay” and then “endures” the poor sap’s “lame” attempts to engage in conversation. The majority of “tales” or “yarns” are along the lines of “The Highlight of My Europe Trip Was the Night I Got Spiked,” or “I Lived Next to a Slaughter-House for a Month (Menstrual Cups and Abattoirs),” “A Hinge Date Saved Me From the Streets Amid London Lockdown,” or “The A to Z of Bali F***boys.”

Many of these “ragers against the machine,” under the guise of championing “empowerment” or “equality,” unleash their naïve acolytes on international communities

In a way the formula is simply a perverse mutation of the tried-and-true self-effacing admissions of a travel writer “dining out on one’s own faux pas,” as it were. Introduce an exotic locale, and then segue to humorous “true confession” anecdotes that are meant to entertain, inform, and teach.

But these are much worse than just gag-factor true confessions of “unwisely” eschewing cocaine in favor of alcohol, getting blind drunk, and winding up raped. Or squandering your inheritance on aimless wandering, returning home penniless, and having to sleep in your ex-girlfriend’s parents’ living room, while bemoaning your lack of motivation to get a job and earn enough to travel again. Or whimpering in a corner while curious foreigners grope you with increasing boldness until chased away by a local dowager. It is the implication that these irresponsible — burgeoning on suicidal — aberrations constitute an acceptable behavior model for young travelers.

The most cursory of web searches unearths the following: Pink Pangea, Women on the Road (She Explores), Black Travel Magazine, Out Traveler, and Connexions Magazine. The names alone telegraph the mindset. Victimhood. Injustice collecting. The view of oneself as an undervalued being who could never rise above the “cooked-in oppression” of one’s origins without the “solidarity” of a cabal of like-minded sufferers.

This new batch of disruptor incendiaries are not content to stop with promoting the disease of identity politics as a cure-all for the “disenfranchised.” They are not really interested in sharing travel experiences, moments of discovery, or even teaching moments. They exist to ridicule and accuse, to rally and recruit like-minded misfits — to create a following burdened with Freudian complexes and insecurities that verge on criminal psychosis. They host self-indulgent pity parties. They defiantly refuse to accept the hand they were dealt at birth, be it gender, color, or even nationality. They rage at the cruel unfairness of being born female or beg for forgiveness for being born male. They shake their fists at Heaven in outrage for being born “white” or “black” or “brown,” or of being born at all. They are universally ashamed of having been raised “hetero” or “Australian” or “____” (fill in the blank with the privileged grievance of the moment).

Many of these “ragers against the machine,” under the guise of championing “empowerment” or “equality,” unleash their naïve acolytes on international communities like 17th-century Jesuits braving martyrdom to convert hostile savages. Women are encouraged to travel solo, ignore local dress codes, publicly display their sexual independence, and “expose” the repression and misogyny of “backward cultures.” Editors wink at border violations, drug abuse, and even low-level drug smuggling. They gloss the very real risks and dangers inherent in “couch-surfing” (using apps to hook up with strangers for a free night’s stay), and advance stealing from communal refrigerators and larders as a reasonable budget extender. They promote “begpacking” —  traveling backpacker-style, begging for charity, donations, and handouts from locals and tourists to fund a carefree, vagabond lifestyle.

Young travelers who return unscathed to write about their experiences are lauded as role models for “like-minded” nomads. Victims of robbery, rape, assault, human trafficking, and worse are sanctified — their stories used to fuel the fires of victimhood and identity politics and bring attention to “the cause.”

Much if not most of the travel philosophies being promoted by these Indie “travel gurus” are based on bad advice, dangerous and irresponsible falsehoods, and downright lies.

Traveling “solo” has never been particularly safe, and, when unavoidable, demands deliberate defensive behaviors — behaviors that can mar or spoil the travel experience. Flaunting the laws of the land being visited is unwise, uncool, and downright dangerous. Feigning poverty to freeload in third-world countries that count on tourist dollars to stay afloat, and where true poverty is scrounging scraps from garbage dumps, is morally reprehensible.

I get it. There are lots of different reasons why people travel. But traveling with a chip on your shoulder, or as a “woke warrior” with an attitude, or as a refugee unwilling to pull your own weight at home and on the run from responsibility, can be a recipe for disaster. 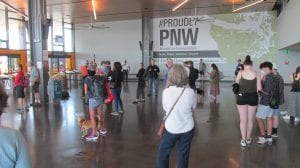 Initially, Millennials and the various alphabet generations will dominate the travel scene, followed by gradually increasing numbers of aging Boomers, as effective vaccinations and antivirals hit the “market.” Touchless travel, from airport curbside to hotel check-in, digital health passports, ticketing, and reservation apps, will demand a social media and digital device fluency already familiar to Millennials and their successors, but a heavy lift for Boomers.

Travel, just getting there — COVID or no COVID — has always been expensive. But there will always be reasonably safe, budget-conscious alternatives to luxury cruises, five-star hotels, first-class cabins, and Michelin-starred restaurants, post-pandemic. Just as there will be reasonably safe, budget-conscience alternatives to dodgy “lodgings” never more than a couch away from being raped or robbed.