During this pandemic, when old albums are being dusted off to rediscover the people in them, the Indian Memory Project, a visual-narrative online archive turns 10. Curator Anusha Yadav on how these sepia-tone pictures are tiny integers in the story of the subcontinent

The courage and robust optimism of Jemishi Mehta’s Gujarati ancestors is bookended by two photographs — the first and the oldest family photograph they possess was taken in 1952, 37 years after Govind Ji Rewa Shankar Mehta, Jemishi’s great grandfather, moved from Jamnagar to Madras in 1915; the second, was taken in 2019.

Over the course of a 100 years, the Mehtas survived the upheavals of two World Wars, Partition, the rise and fall of businesses and the death of a son, whose image in the weathered photograph seems to have been obliterated by the passage of time, as much as he has been from the memory of those who knew him. This poignant story was a recent addition to the 300 visual narratives featured in the Indian Memory Project (IMP), an online repository of stories from across the subcontinent. Built on memory and personal archives, the project holds a mirror to where we come from and where we are going as a nation.

Anusha Yadav, who helms IMP, established in 2010, was raised in the US, UK and India. A graduate of the National Institute of Design, this portrait photographer and brand culture design consultant’s interest in creating a human tapestry of our times began when she was a child. Her father passed away when she was 12 leaving behind boxes of photographs and Anusha engaged with his memory through them. “For me any photograph then had to have a story,” says Anusha over a phone call from Mumbai. “I collected ads from India Today and Illustrated Weekly for my scrapbook. Jaipur, my hometown had families display photographs in the living room and I asked about the people in them. You never realise when the idea sows its seed. The interest in photography became sharper when NID and advertising happened. The visual offers valuable information about the subcontinent’s people, visitors, cultures, choices, circumstances and, thereby, consequences.”

The world over, many have used the lockdown to dust out family albums and catalogue pictures, but Anusha continues to receive the same number of entries for the project per month — two or three. However, she finds there is a growing interest in history design services such as family trees and biography books. IMP is supported by patrons whose funding has kept the portal advertisement-free.

One life, many stories A one-woman show, Anusha curates while a floating population of volunteers and researchers unearth stories that have gathered the patina of memories even among the same family.

“When you don’t park your monetary hopes on something, you can keep chiselling at it. Some of the stories have helped families trace four-five generations across the world. It’s encouraging to know it is helpful and used for academic research,” says Anusha, underlining how IMP offers western audiences an eye-opener to an India they never knew. Part of the coursework at renowned educational institutions such as Ashoka University, Columbia University, and Yale, Anusha adds, “It changes notions of what India is to the West, that it is not Eat, Pray, Love, that it has one million personalities.”

Contributors, whether from India or abroad, are encouraged to send photographs and documents from before 1992 that have a link to the subcontinent. The documents should be owned and the sender should be able to identify those in a photograph. An accompanying text should also be submitted. It is after these criteria are met that Anusha and her team swing into action. 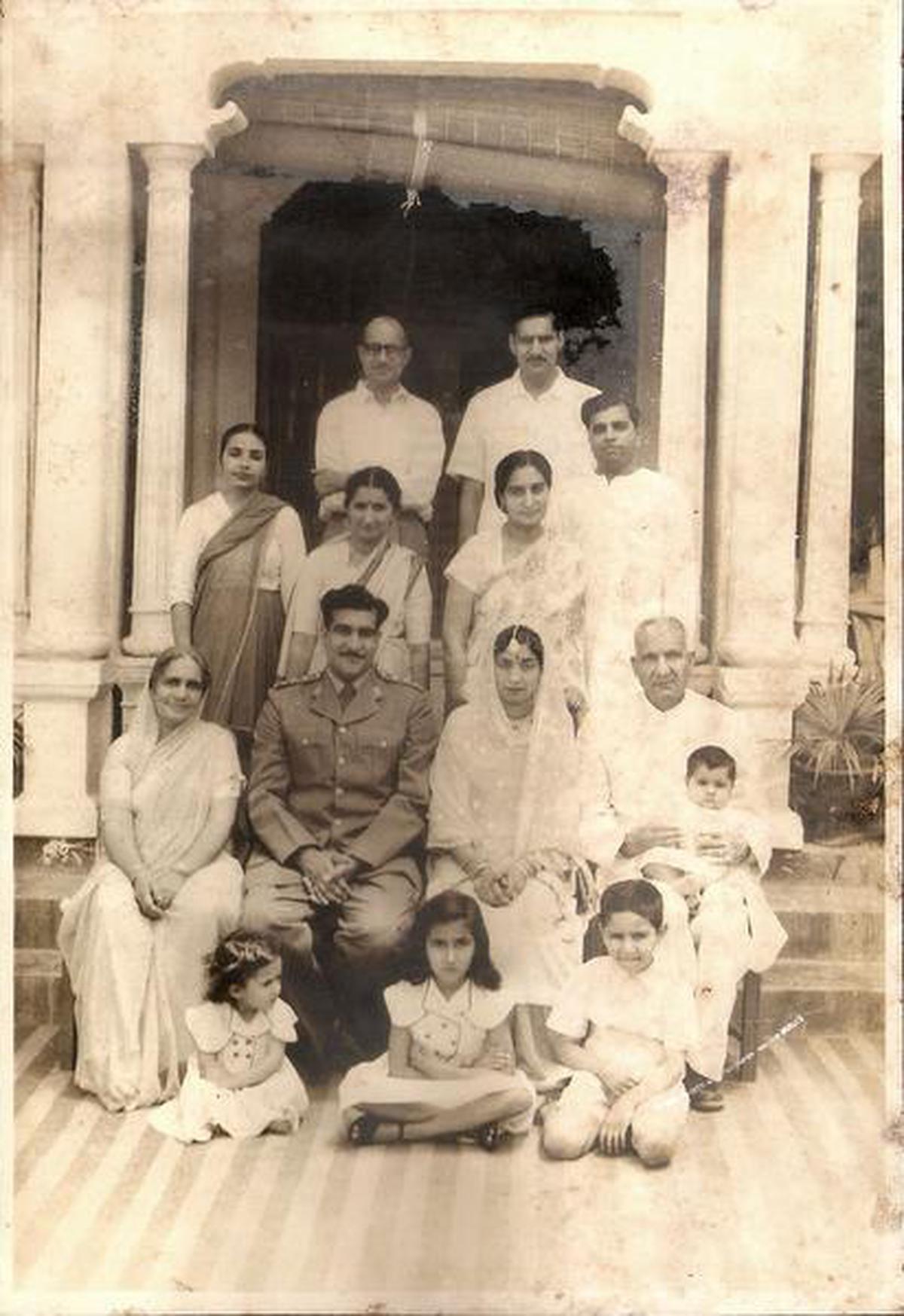 Amita Bajaj’s grandparents, uncles and aunts on the day of her parents’ marriage in Jullandhar, Punjab, 1958. The bride wears ‘Sialkoti jewellery’ that was smuggled from Pakistan in a trunk during Partition

“Pictures are sacred; they are colour-corrected for brightness and contrast, nothing more. Aesthetics trump in studio set-up pictures. Families choose to not tell you something or choose to reveal something at a certain time; the text is proofed and edited. Most events mentioned, like war, migration, plague… have been documented and, therefore, can be fact-checked. Very personal facts are stated as ‘we were told’. If there is a discrepancy, we vet and articulate a grey area.”

Anusha adds that “Some of the text may need translation. Sometimes, pictures are sent on a whim and the sender may not recommit to investigating facts we may ask for; after much to and fro, there is no response. But quantity is not the issue. It’s not a magazine, it’s an archive. I don’t feel the need to bombard you with stories. I let it simmer.”

The tidal shifts that engulfed the subcontinent have resulted in 300 stories, each one a gem, unveiling a smorgasbord of personalities and experiences slotted under headers such as Delhi, Couple, 1920, Headgear, Muslim, ‘Mustache’, World War II and Studio Portraits.

Anusha’s favourite is the story of the devadasi who became the maharani of Dewas. “The photograph tells an incredible story of women who reclaimed their identity. Sometimes one story may lead to another more interesting footnote. Like the one on Sukhsampat Rai Bhandari who compiled the first English to Hindi and Marathi dictionaries. It was while researching on him that his involvement in the abdication of Tukojirao Holkar III of Indore after the famous Malabar Hill murder showed up.”

Remembrance of things past

Other remarkable stories come from Colonial India when young Indians keen to experience the wider world travelled abroad, like Manjerikandy Ramchandran who left Kerala at 16 and found fame as a wrestler in Africa; Lieutenant Laxman Kadle who worked in lonely outposts in Bengal, died and whose body was never found; the Sanghvis of the Wilson Pen Family who designed the pen that was used to write the seminal Constitution of India or the teenage Chameli Jain who participated in the freedom struggle, grew to be the matriarch of a family that has remained in the public eye and after whom is named an eponymous award for women mediapersons. 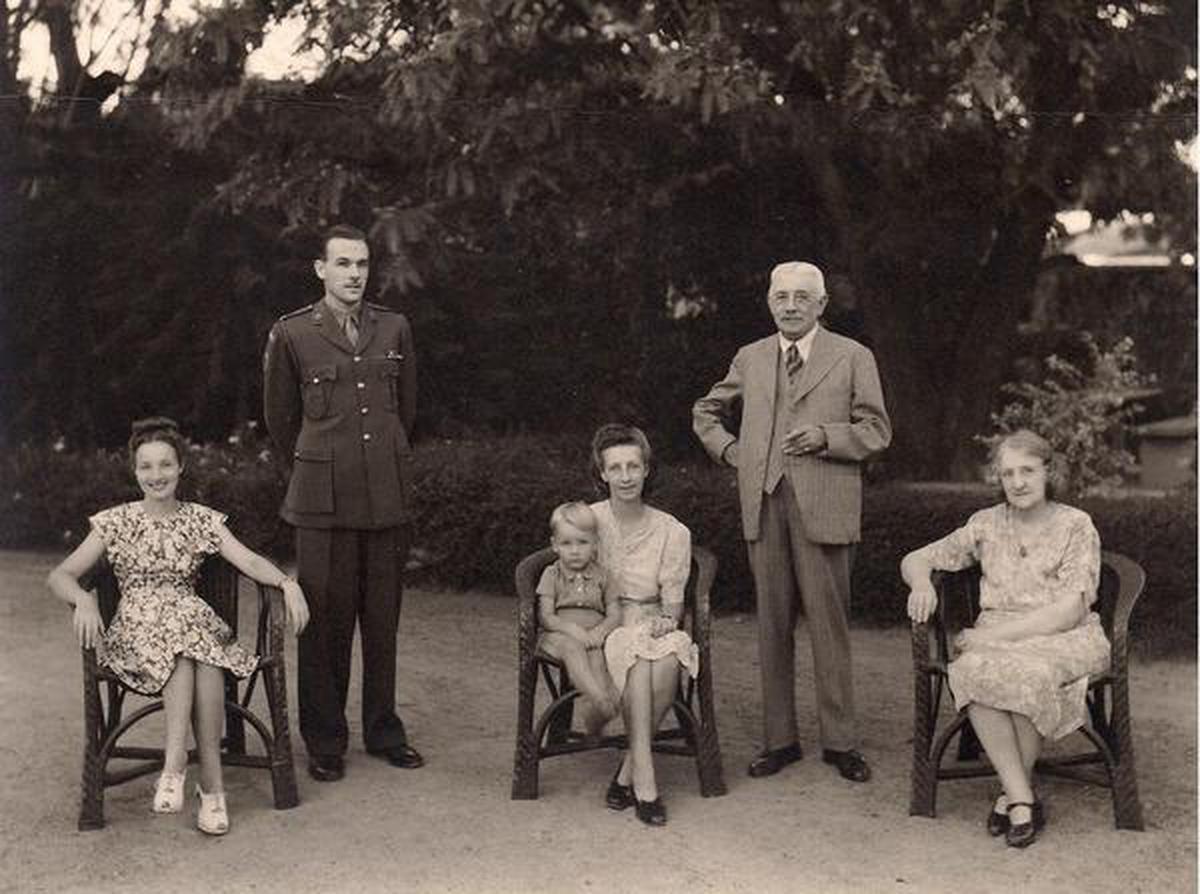 Alyia Phelps-Gardiner’s great-grandfather, Gustav Hermann Krumbiegel and great-grandmother Klara, with their family at home in Bangalore, Mysore Presidency, 1935. A horticulturist, Krumbiegel contributed to the design of Lal Bagh and to Bangalore earning the moniker ‘Garden City’

The writing brings alive old world nostalgia, places and institutions that have frayed around the edges; an escape into a time of wingback chairs, potted palms and Delhi University’s first ever girl rock band, Mad Hatter, kitted out in a sari and salwar kameez.

The IMP will never occupy a physical space says Anusha except for the museum store and the occasional pop-up. Its focus continues to underline that memorialisation must be an active practice and not a sporadic indulgence in nostalgia. And that through these visual stories, etched like images on a Grecian urn, we reclaim an almost lost Indian epic.