Tijen Kuryuk was on holiday in Bali when she was overcome with excruciating headaches in February 2019.

The pain was so intense that the then 23-year-old travel agent was unable to lift her head from the pillow of her hotel bed.

She dismissed it as a virus she’d picked up on the Indonesian tourist island, but days after returning home to Melbourne’s northern suburbs she suffered a massive seizure at work.

Doctors insisted the episode had been caused by stress, but an MRI scan taken one month later revealed a large brain tumour spanning her left frontal lobe.

Despite gruelling treatment, the tumour has progressed to a level four glioblastoma – an aggressive, rapidly growing and incurable form of brain cancer.

Less than two years after her initial warning sign, the newly engaged 25-year-old has been given 18 months to live – but bravely tells Daily Mail Australia she still tries ‘to focus on the positives’.

Scroll down for video 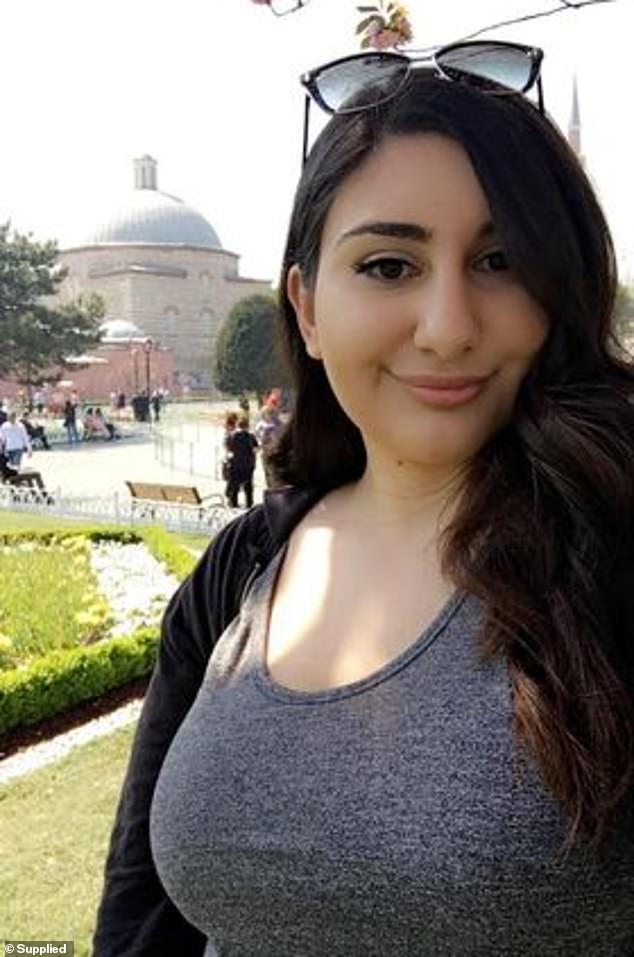 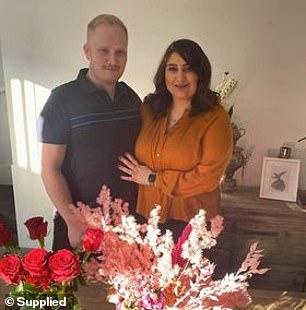 After the MRI detected a tumour, doctors monitored the growth with a biopsy taken in November 2019 confirming it was still a level two astrocytoma – a low-grade tumour that grows slowly.

But by March 2020, Ms Kuryuk was increasingly debilitated by crippling migraines and light sensitivity so severe she couldn’t look out the window or sit in a car.

Emergency scans showed the tumour had grown with a cyst developing inside it.

Fast-tracked for surgery to remove the mass, Ms Kuryuk woke to the devastating news that doctors had been able to remove the cyst but not the tumour.

‘My initial reaction was shock and sadness,’ she said.

‘I couldn’t believe what had happened to me, I thought how will I be able to do this? Honestly to even hear something like this at my age is heart breaking.’

In an effort to shrink and slow progress of the growth, doctors prescribed a six-week course of radiation and chemotherapy which Ms Kuryuk describes as ‘never ending’.

But it wasn’t to be. Tests conducted in August showed that treatment had been unsuccessful and Ms Kuryuk’s cancer is still spreading. 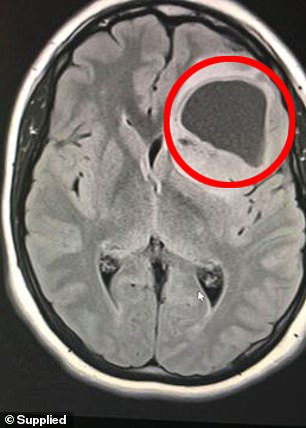 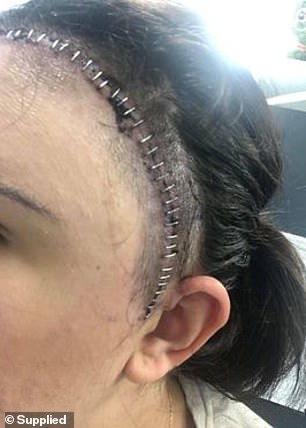 Emergency scans showed the tumour (left) had grown with a cyst developing inside it and Ms Kuryuk was fast-tracked for surgery (right, afterwards) – but it wasn’t successful

Symptoms to watch for

With the risk of removing the tumour too great, Ms Kuryuk’s hopes are now pinned on a clinic in Thailand which offers experimental courses of hyperthermia and immunotherapy, designed to boost the body’s immune system to fight cancer itself.

Ms Kuryuk is one of roughly 1,879 Australians diagnosed with a brain tumour each year, government health data shows.

Although annual figures for glioblastoma patients are not regularly recorded, 2013 statistics note 982 new cases in Australia.

Warning signs include headaches, fatigue and light sensitivity – all of which Ms Kuryuk experienced – as well as nausea, vomiting, double vision and confusion.

When glioblastoma has advanced to level four, patients are normally given a prognosis of just 15 to 18 months.

‘I don’t think the Australian government is doing enough for cancer in general,’ Ms Kuryuk said.

‘There are so many Australians needing to go overseas to get special treatment because they just aren’t offered here.

‘The government needs to give more education around cancer in schools to educate kids on warning signs not only for themselves but for their families, so we are always aware and cautious.’

Glioblastoma is a rare and highly malignant brain tumour that typically develops in the cerebral hemispheres of the brain (the main body), but can also occur in any area of the brain or spinal cord.

They are particularly malignant because they grow rapidly, supported by an extensive network of blood vessels connected to the brain.

It is most common in older adults, but can also occur in children and teens.

Symptoms include headaches, nausea, vomiting, double vision and confusion or sudden change in mental clarity. More specific symptoms depend on the location of the tumour and the functions affected.

For example, glioblastoma that occur near the motor cortex – the part of the brain involved in movement – can cause loss of sensation on one side of the body.

With an incredibly difficult road ahead, Ms Kuryuk’s cousin Esma Ozdemir started a crowdfunding campaign to raise money for her treatment.

Donations – which have surpassed $100,000 at the time of writing – will be used to pay for the immunotherapy treatment in Thailand and a last ditch attempt at surgery to remove more of the tumour to improve Ms Kuryuk’s quality of life.

Chronic exhaustion has forced Ms Kuryuk to abandon her environmental science degree at RMIT and leave her much-loved job at Flight Centre, as she struggles to muster the strength to do anything more than have short conversations.

She was overjoyed when her boyfriend of 18 months proposed during the first Covid-19 lockdown, a glimmer of good news in what has otherwise been a devastating year.

Eager to help others avoid her fate, Ms Kuryuk urged people to take notice of small changes in their bodies, no matter how inconsequential they may seem. 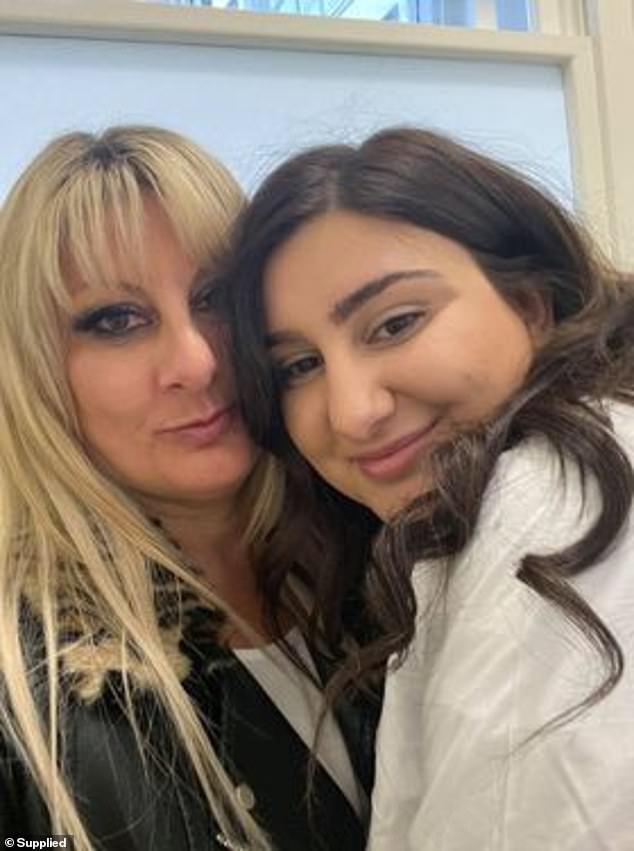 Despite her diagnosis, brave Ms Kuryuk (pictured with her mother) still tries ‘to focus on the positives’

‘Cancer is an awakening that life really is too short – you should enjoy every single moment of it,’ she said.

‘Don’t take family and friends for granted and if you are ever able try and help whoever you can, even if it means a $2 charity donation.

‘And always listen to your body. It usually tells you when something isn’t right so do the right thing and get checked.

‘There’s never any harm in calling a doctor and asking for an opinion.’

For more information on glioblastoma and other types of brain tumours, please visit the Australian Cancer Council or Brain Foundation.