Fincantieri delivered the new cruise ship the Silver Moon to Silversea Cruises, one of the brands owned by the Royal Caribbean Group. Built at the shipyard in Ancona, Italy, it is the second cruise ship that Fincantieri has completed since resuming operations after work was suspended in the spring due to Italy’s effort to mitigate the spread of the coronavirus.

At 40,700 gross tons, the Silver Moon is the second of three sister ships Fincantieri is building for Silversea. The first, the Silver Muse, was delivered in 2017, and a third, the Silver Dawn, is under construction for delivery in 2021. The cruise ships, which each measure 698 feet in length, accommodating just 596 passengers in 298 suites, making them among the most luxurious modern cruise ships.

The new ship introduces several amenities for passengers, including a culinary enrichment program that features a restaurant, a test kitchen that will offer education and workshops for the passengers, and a bar. Silversea also enhanced a number of the passenger features versus the first ship of the class, including enlarging some of the dining venues, adding outdoor dining, and a new winter garden area. Accommodations include four owner’s suites, four grand suites, and two royal suites.

Fincantieri also highlighted that among the vessel’s notations, is the “Green Star 3 Design.” This is assigned to ships that are designed, built, and equipped to prevent air and water pollution. 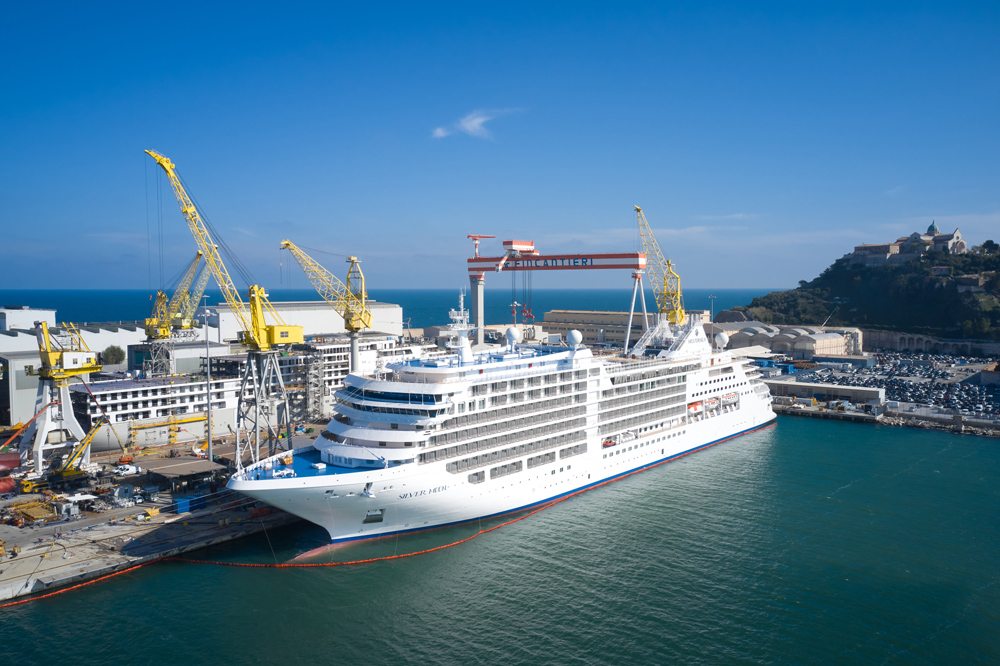 Silver Moon at the fitting out berth in Ancona, Italy – photo courtesy of Fincantieri

“Silver Moon is the third of Silversea’s ultra-luxury cruise ships to result from our longstanding, successful collaboration, and we at Fincantieri take great pride in handing over a ship that embodies the highest standards of style, comfort, and whispered luxury,” says Giuseppe Bono, CEO of Fincantieri. “We are honored to have partnered with Silversea in launching their highly successful Muse-class ships, and we are confident that Silver Moon will strengthen the line’s legacy of pushing boundaries in luxury cruise travel.”

The Royal Caribbean Group acquired a two-thirds equity stake in Silversea Cruises in June 2018 at a cost of approximately $1 billion. Becoming the group’s luxury brand, Royal Caribbean announced that it planned to further expand the cruise line. Royal Caribbean purchased the remaining shares of Silversea in July 2020 from companies controlled by the Lefebvre family.

Details of the Silver Moon’s entry into service were not announced. She is scheduled to sail in January 2021 on a 16-day cruise from Florida to South America.

After the delays due to the pandemic, Fincantieri has been successful in resuming work and delivering ships. A month ago, the Italian shipbuilder delivered its second cruise ship in 2020 and the first after the pandemic. That ship was the 145,000-gross ton, 3,660 passenger Enchanted Princess delivered to Carnival Corporation’s Princess Cruises. Fincantieri is scheduled to deliver one additional cruise ship in 2020, the 135,500 gross ton Costa Firenze. This ship is due to be delivered in December to Carnival Corporation’s Costa Cruises. Costa recently announced that it was delaying the ship’s entry into service till the end of February 2021. 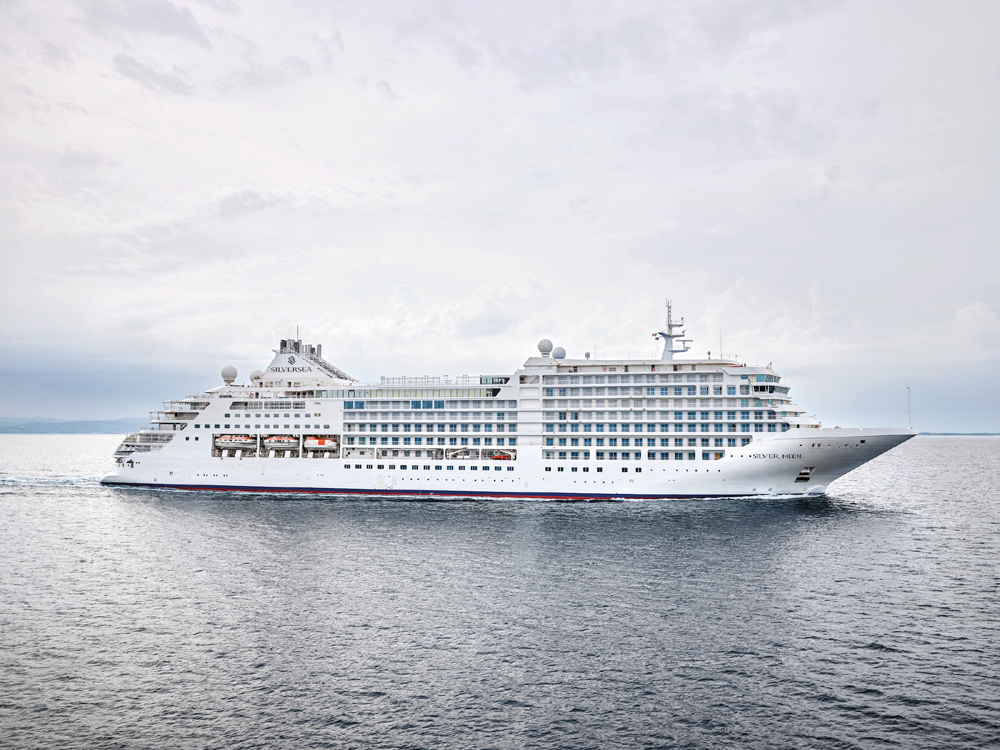