REVEALED: Covid-19 vaccine is set to be rolled out in March with 1.5million Aussies given priority access – raising hopes for international travel

Australia could have access to a COVID-19 vaccine in March – and doctors and the elderly will be among those at the front of the queue to receive it.

The federal government is also on the verge of securing an additional two vaccine supply deals on top of the ones already agreed with AstraZeneca and the University of Queensland.

Mr Hunt said hope was growing the first Australians would be vaccinated by the first quarter of 2021 and everyone nationwide who wanted a jab could have one by the end of next year. 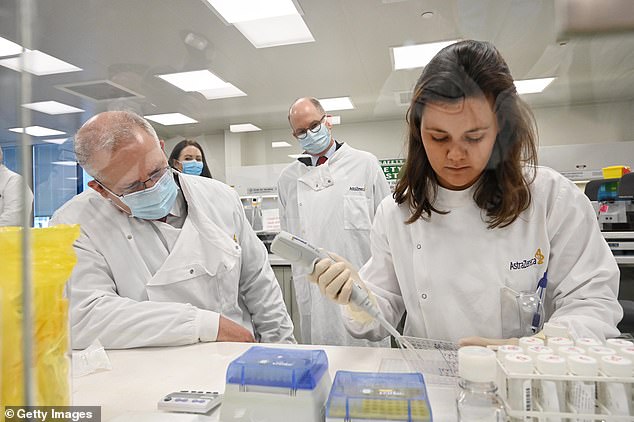 Prime Minister Scott Morrison takes a tour at the AstraZeneca in Sydney in August. Australia could have access to the COVID-19 vaccine in a matter of weeks

‘There’s no surprises either the clear advice is that the first cohort is healthcare workers and the elderly.’

He said getting vaccinations to as many Australians as possible raised the possibility of opening the nation’s borders by the end of next year.

Two-thirds of the population would need to be vaccinated to keep the country safe from the virus when borders are reopened, Mr Hunt said.

The first to receive the vaccine will be the elderly and health care workers employed as doctors, nurses, pathologists and pharmacists. 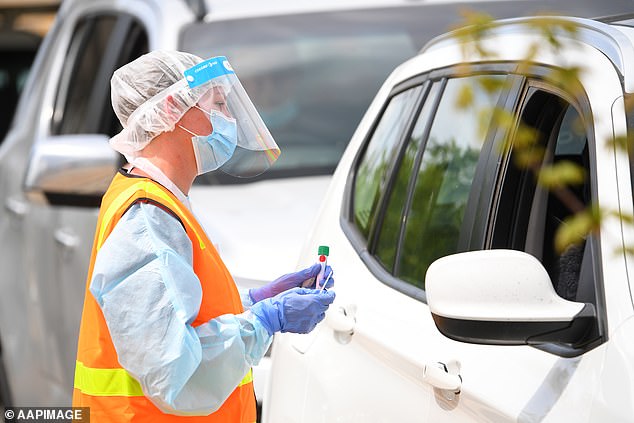 A healthcare worker pictured at a drive-through COVID-19 testing facility in Shepparton, Victoria on October 15. Health Minister Greg Hunt said two-thirds of the population would need to be vaccinated to keep the country safe from the virus

Would you take a coronavirus vaccine rolled out in Australia?

In the first insight into what the roll-out process could look like, Mr Hunt said Australians would be asked by text message two days after their vaccination if they are feeling any side-effects.

Among the additional COVID-19 vaccine options the Australian government is considering are two leading mRNA vaccines.

Those unconventional vaccines – which use ribonucleic acid (RNA) – insert a virus’ genetic code into human cells so the body can mount its own immune response.

By comparison, traditional vaccines generate immunity by using a significantly weakened version of the virus.

Australia is meanwhile set to spend half a billion dollars on an ‘advance purchase’ of vaccines to help its regional neighbours bounce back from the pandemic.

‘The Indo-Pacific region is the engine of the new global economy,’ Minister for Foreign Affairs Marise Payne said in a statement on Saturday.

‘Ensuring it can recover quickly will stimulate economic activity and restore jobs at home and abroad.’

The purchases will be made from a range of manufacturers via the global COVAX Facility plan, which aims to ensure virus vaccines are shared with all nations. 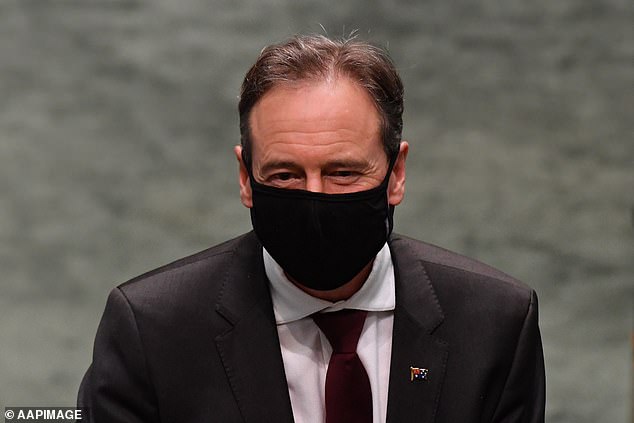 Australia will provide a range of support with the vaccine doses, including vaccine safety and effectiveness assessments, advice to each nation’s regulatory authorities, technical support as well as passing along vital World Health Organisation information.

The plan will be rolled out over three years to help countries, like Timor-Leste to Australia’s north, achieve full virus immunisation coverage.

“A fast, safe vaccine rollout in the Pacific and Southeast Asia will mean we are able to return to more normal travel, tourism and trade with our key partners in the region,” Ms Payne said.