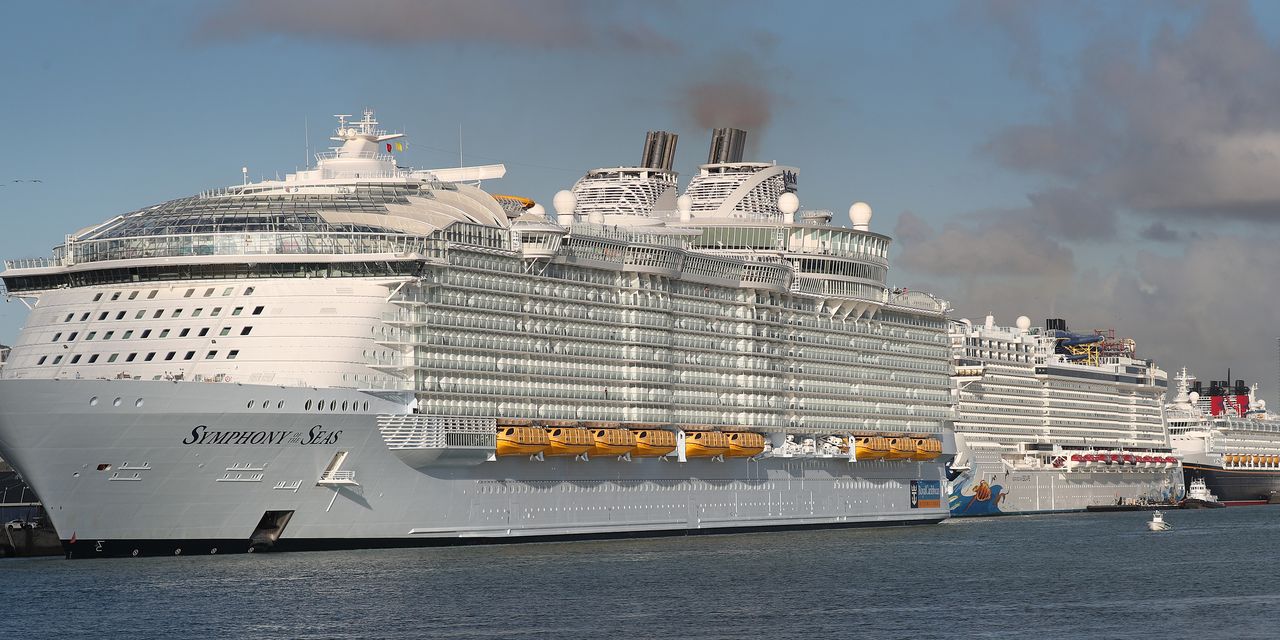 
U.S. cruise stocks are shrugging off a potentially damaging setback after the Centers for Disease Control and Prevention over the weekend ratcheted up its warning about cruise travel.

The CDC increased its travel warning for cruise travel from level 3 to level 4, which deems the risk for Covid-19 “very high.”

The cruise stocks, however, were moving higher Monday morning amid the latest positive news on a Covid-19 vaccine. Shares of

Norwegian said in a statement that it continues to work toward meeting the CDC’s framework for resuming cruises. Carnival declined to comment. Royal Caribbean couldn’t be reached for comment.

No large cruise ships have been approved for commercial travel in and out of U.S. ports. Under a conditional sailing order issued by the CDC late last month, the agency called for a phased-in reopening.

Brandt Montour, an analyst at J.P. Morgan, observed in a note that he doesn’t expect any revenue-generating sailings under the CDC’s conditional order to occur until February or March.

He surmised that the CDC’s move over the weekend stemmed at least in part to a recent Covid-19 outbreak on a 112-passenger luxury yacht out of Barbados. That vessel is owned by SeaDream Yacht Club, a private company.

Still, Montour doesn’t see the elevation of the cruise travel warning having a huge impact on the industry right now.

It “could mean a modest step backward in near-term bookings in our view; however, the bulk of operator marketing efforts and ultimate 2021 capacity are now concentrated in the [second half of 2021, which is less likely to be impacted,” Montour wrote.

The CDC is advising that passengers who do go on a cruise should get tested three to five days after the trip and stay home for seven days after traveling.

The cruise industry has resumed a few cruises. Carnival, for example, has been offering some sailings in the Mediterranean. The industry has been beefing up various health and safety protocols for a Covid world.

A panel sponsored by Royal Caribbean and Norwegian, for example, in September proposed testing of passengers before boarding a ship and wearing marks in public places.