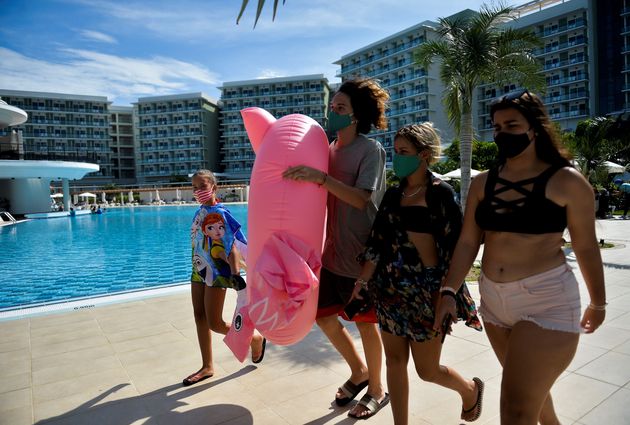 A family walks by the swimming pool at Varadero International Hotel in Matanzas Province, Cuba, on October 23, 2020.

Absolute Travel Specialists says it will charter two Air Canada flights ― one in February and another in March ― for Atlantic Canadians who want to get some sun in the winter and stay safe from COVID-19.

“People are really anxious about getting out,” Fred Mack, company co-owner and vice-president, said in an interview Tuesday. “It’s amazing.” He said about 75 out of 146 seats have already been sold for the first of two vacation packages.

Mack said the hotel in Cayo Coco will be reserved exclusively for Atlantic Canadians during their stay. Travellers, he added, will need to remain in the Atlantic region for 21 days before they fly.

Mack said the reason his trips are exclusive to Atlantic Canadians is to preserve the travel bubble. Since July, residents of Nova Scotia, New Brunswick, Newfoundland and Labrador and Prince Edward Island have been permitted to travel within the Atlantic region while access has been restricted to everyone else.

But Mack isn’t fully recreating the bubble with the chartered flights to Cuba ― anyone returning from the Caribbean will need to isolate for 14 days upon their return home. He said he’s hoping, however, that a pilot project at Calgary’s airport will help spur officials to change the rules by the time the first plane is scheduled to leave in February. 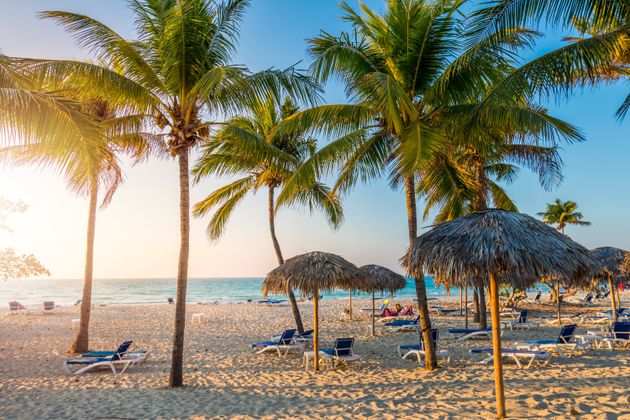 Starting in November, foreign travellers arriving at the Calgary International Airport or through Coutts land border crossing will be administered a rapid COVID-19 test before they begin their quarantine. If they test negative, they will be allowed to end their isolation after taking a second test a week later.

Mack said officials at Halifax’s airport authority told him they were “looking forward” to his company’s two flights to Cuba. “It gives them an incentive to push the federal government into trying to get possible rapid testing into Halifax, trying to open up the market,” he said.

Halifax airport spokesperson Tiffany Chase said Tuesday in a statement that Mack’s idea for Atlantic Canadian travellers is “creative.” She said the airport authority hasn’t heard from the federal or provincial government’s about a rapid COVID-19 testing project, but she said it was open to it.

A spokesperson for Global Affairs Canada said in an email that if Atlantic Canadians choose to ignore the country’s travel advisories ― which warn against non-essential travel outside the country ― they may have limited access to consular services.

This report by The Canadian Press was first published Oct. 27, 2020.

This story was produced with the financial assistance of the Facebook and Canadian Press News Fellowship.