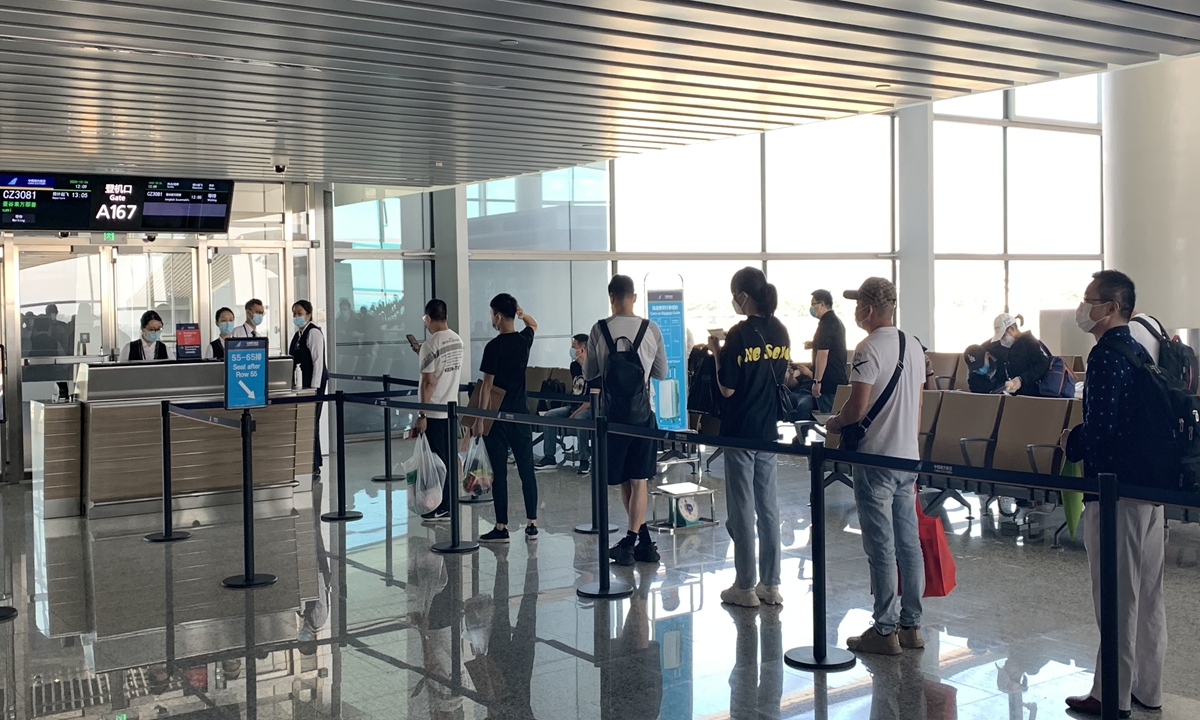 A second group of 147 Chinese tourists holding Special Tourist Visa (STV) arrived in Bangkok on Monday, as Thailand takes small steps to recover its vital tourism industry after it closed borders in March to contain the coronavirus.

Taking CZ3081 by China Southern Airlines, 147 Chinese passengers set out from Guangzhou, South China’s Guangdong Province on Monday and arrived in Bangkok on Monday afternoon, becoming the second batch of Chinese tourists after 39 Chinese travelled to the country on October 20.

The tourists are undergoing a 14-day quarantine at designated hotels and will install tracking apps on their smartphones, according to local government requirement.

None of the Chinese have tested positive for COVID-19 and none had a fever.

Most of the arriving Chinese came to visit families or carry out business activities not as sightseers, the Global Times reporter learned.

A woman surnamed Duan from North China’s Hebei Province said that she and her child came to visit her husband who is working in Bangkok. “We haven’t been together since he returned to work in Bangkok in January,” Duan told the Global Times.

She added the application process for the STV is complicated and the flights and hotels are expensive. “But at least I can reunite with my family,” Duan said.

Thailand’s STV allows tourists from low-risk countries to enter the country and stay for up to 270 days. Thai authorities said China is one of the key countries that STV targets.

According to the Bangkok Post, Thailand plans to provide wellness-orientated state quarantine for foreign visitors coming from low-risk countries, said the Thai Public Health Minister Anutin Charnvirakul. “Those in wellness state quarantines can receive Thai massages, spa services and play golf, during a quarantine period which is expected to be reduced from 14 to 10 days,” the report said.

China was the largest source of tourists for Thailand before the pandemic. About 11 million Chinese visited Thailand in 2019, contributing about $17 billion in revenue, according to official data.